The term “bourse” (in English and French) or “börse” (in Geman) refers to an exchange where buyers and sellers of equities meet. The term owes its origin to the founder of an early stock exchange, the Flemish merchant Ter Beurze.

On the subject of stock exchanges, Bloomberg has an interesting article today on the decline of the New York Stock Exchange and its imminent merger with Deutsche Börse AG, as well as on the changes the stock market has undergone in recent years with the rise of electronic trading.

Yesterday the Bundestag voted to shut down all of Germany’s nuclear power plants by 2022.

Although the anti-nuclear-power movement has a long history in Germany, a new consensus about the need to abandon nuclear energy emerged in the wake of the Fukishima disaster.

Yet ulterior motives and strategies often play a significant role in political maneuvering. Could it be that the vote yesterday represents a broad effort to uncut an important base of support for ultra-right-wing factions in Germany?

The picture below was taken from the cover of a brochure for Krümmel Nuclear Power Plant (Kernkraftwerk Krümmel, or KKK). It appears white supremacist activity has been a rampant and growing problem at Germany’s nuclear power facilities. 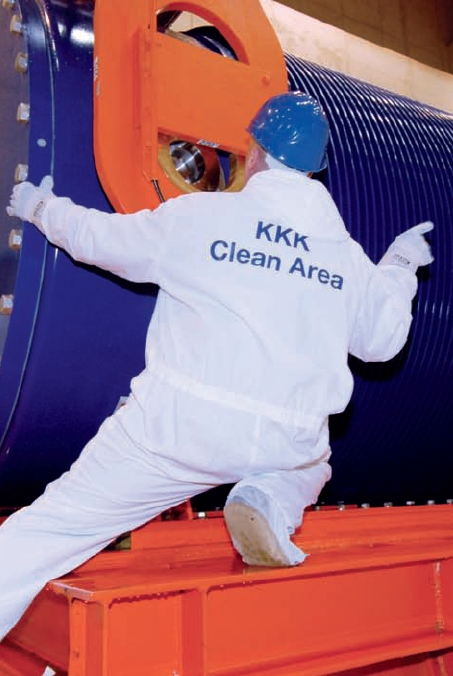 Ruminations on language and translation